Safi is one of my favorite cities in Morocco because not only it has a unique history but it also host one of the best waves in the world: Rass Lafâa (the head of the snake).

When I saw the weather conditions, I got in touch with my friend Ghali who is also in the Quiksilver Morocco team to see if he was motivated to surf using a jet ski so that we can catch waves at a section where it’s difficult to paddle. He was all in and that’s when I asked Omar from SeaDoo Morocco if he could lend us their Spark model which is very economical and super light especially when we are only two to lift it.

I found myself at the bottom of Ghali’s house at 6am to surf Rass Lafâa. After a 2.5 hour drive, we arrived at the port of Safi where we started the procedures to put the Jet Ski in the water. At 9:30, we were in the peak without anyone in the water. we surfed perfect waves for more than 3 hours. We broke 2 boards but at the end, it was a magic session.

My friend Yassine Boundouq, the moroccan skate longboarder was filming from the shore. He had just returned from the U.S and he proposed to use a drone which resulted in this excellent footage.

I filmed shots with my Gopro and Alex Lesbats filmed from the cliff.

This is the result of our unforgettable surfing session in Safi. 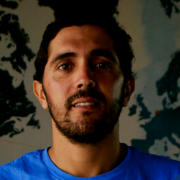